High Above the Sky

A short animated film by Kim Noce and Shaun Clark

We are delighted High above the sky It will be screened August 3rd as part of Cinema Circus, the children’s big blow out event of the  Martha’s Vineyward Film Festival in Massachusetts !

Here a little bit about the origin of the festival: In the middle of winter 2001, Thomas Bena and a group of friends were desperate for good movies. They had rented nearly every VHS tape and DVD at the local video store, and the two Island movie theaters were only showing mediocre blockbusters. Although Thomas had never even been to a film festival, he asked his friends to help him create an alternative movie experience—one that would feature fantastic films, exotic food, art, and music.

He rented the Grange Hall in West Tisbury and found several independent filmmakers who were willing to let him present their work. With one small article in The Martha’s Vineyard Times and a heap of phone calls, four out of the five programs played to a full house. The projection booth doubled as a kitchen where curries were prepared just a few feet from the technical equipment. A series of interviews with Islanders played on television screens strategically placed in the bathrooms. Strangers talked, friends were made, people had a great time. The MVFF was born. 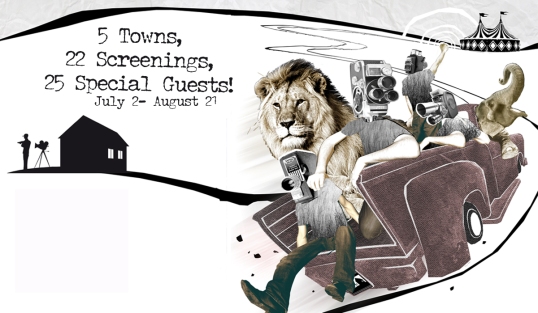